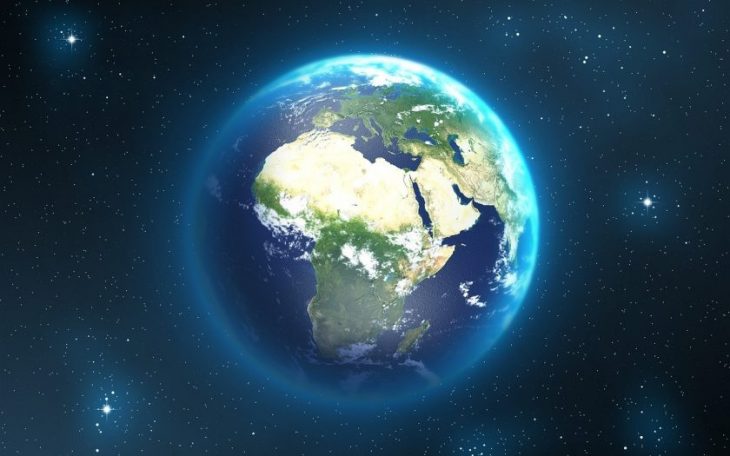 The paradigm summed up in the phrase “the blue economy” it means essentially regeneration. It is an economic pattern based on the use of resources in a ” cascade”(sau poti sa zici waterfall ca inseamna acelasi lucru) system, which means that the waste resulting from the production/consumption of a product can become raw material in obtaining a new product, this process being repeated naturally till exhaustion.
The Blue Economy means keeping the ecosystems in a natural evolution so that people benefit from nature’s abundance in a sustainable way. Moreover, it implies an economic and social new structure, mainly based on innovation and entrepreneurship capitalization, combining market-orientation with sustainable products and services in relation to the limitation of available resources and environmental protection.
Unlike “green economy”, which has proved to be costly and to involve correlative taxes and subsidies that balances the negative / positive externalities – with direct effects on the investors’ profits and consumers’ costs- the new type of economy suggests detailed analysis which streamlines the ex-ante production processes while simultaneously identifies the entire chain of full use of raw materials and ensures higher quality.
A relevant example, used to exemplify a specific Blue Economy process, is the cascade use of ”coffee” product, considering that from brewing, grinding and boiling coffee beans results in one of the most consumed beverages in the world. Thereby, we start from the premise according to which from the biomass used to produce the coffee only 0.2% is consumed, the remaining 99.8% is usually household waste. Being rich in fiber and caffeine, the coffee grounds are used as a substrate for the cultivation of hardwood mushrooms ( known as autumnal humpbacked mushrooms, the elm fungus, enoki, enokitake, gold fungus, fungus velvet, fungus embroidered with gold, etc.).Because of the nutritional quality of this special type of substrate, the growth period is reduced from 9 months (normal growth) to 3 months. The mushrooms substrate, the one left after harvest, is high in protein and can serve as a superior fertilizer or animal feed additive. This way of treating coffee wastes is present on a small scale in Colombia, the Netherlands, and Germany, and the results are very good. The German Environment Ministry chose to use coffee in this way, the production of mushrooms being done in the basement of the building and sold in local shops.
Blue economy is a different one because it is based on building systems that function harmoniously, turning raw material into useful products without waste or energy loss, enabling the progress towards a desirable future. Of course, the level of general education, the consumption habits, and the current social pattern require qualitative augmentation, the blue economy principles assimilation project constituting an intergenerational potential generous gift.
If the economy were to develop naturally, we could use energy and resources efficiently and, with a reduced generation of waste, we could create new jobs where the added value would be high. The need for “cleanly applied scienceˮ requires advanced knowledge and constant innovation, which means a performing educational system and good practical skills acquired. A secondary purpose of the blue economy rapid assimilation principles could represent reaching a level that allows the export of know-how and turnkey solutions.
Given the budget deficits that Romania is facing, “European Union member country which recorded a deficit of 2.9% of GDP in 2017, the third largest deficit country of the community, positioned after Portugal (3% deficit) and Spain (3.1%) ”
subsidization is an aspect to be considered in the attempt to develop the economy. Beside this, limited resources could be a stimulating factor in the innovation of new technologies that consume less energy or produce renewable energy by entirely new means.
As Romania’s agricultural area is among the largest in the European Union and can get fresh raw material, the capitalization of a simple product can lead to solving many problems that is facing currently. By making use of the abundant resources that has on its disposal in conjunction with inventiveness and a new educational approach, Romania can become competitive.
A simple theoretical example applied to the native specific, in order to explain this phenomenon could be that of ” fresh carrots capitalization.” For the beginning, it would be needed a network to centralize fruit and vegetable production according to the season, in which the entire harvest can be stored. It can be located in areas where agricultural areas are very large. Once the production is gathered, the large carrots can be turned into carrot juice, which can be sold on a very profitable niche market, these ones producing the most juice – more than 40% of the volume. The pulp obtained after pressing carrots is a very good feed for pig farms, although, at present, the pulp is most often a waste. Also, a part of the harvest can be used for the production of sweets, the carrot having many properties, being rich in vitamins, antioxidants, and dietary fiber. Using this business pattern would primarily help to create jobs, the excess of vegetable wouldn’t become waste and the direct producers’ work would be rewarded.
Using cascade patterns is a simple answer to the fundamental needs available into a certain place at a time. Thereby, the two examples presented on different market segments only provide an overview of the full use of raw material in a process based on an integrated and efficient system. The blue economy guides the development of patterns based on the lack of abundance- renewable energy, food, jobs for all social categories, and implicitly income. Currently, Romania isn’t aiming at assimilating such a model, but in the near future we should analyze and consider development opportunities in relation to the new technologies that streamline the consumption of raw materials. In Romania, the blue economy can be seen as an opportunity for the future, however, it will be required to change the social paradigm through growing the responsibility for the future generations, developing and encouraging sustainable businesses from the perspective of the surrounding environment and the massive grafting of efficiency on the Romanian energy efficient pattern.