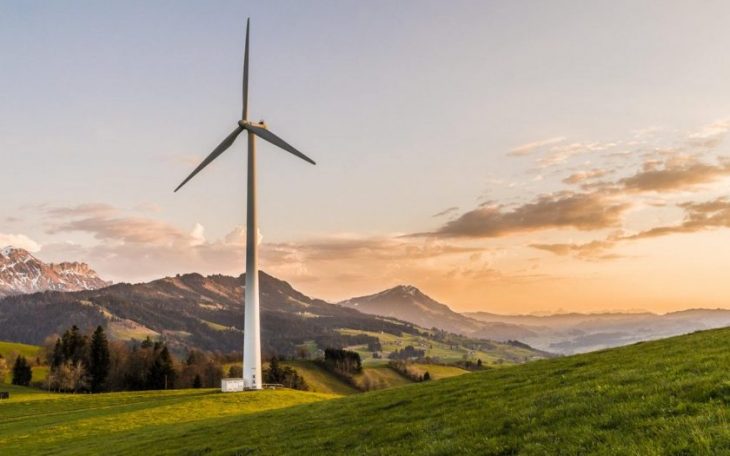 In recent years, it has been proven that the energy we produce and consume, together with climate change, are interdependent concepts. The implications of human activities on the environment have begun to be publicized and debated relatively recently, the first step being taken in 1992 at the Earth Summit in Rio de Janeiro, Brazil. The adoption, on that occasion, of the United Nations Framework Convention on Climate Change was a prerequisite for further developments.
On the same occasion, over 200 heads of state and specialists have predefined the concept of sustainable development, a concept that has changed the way states have planned their economic development. If this first step was to stop the increase the greenhouse gas emissions, the subsequent ones – the Kyoto, 1997 and Paris, 2015 – imposed the gradual reduction of emissions compared with the chosen reference (1990).
The recent evolutions in changing the climate profile for large areas of the Planet have further increased the level of concern for tackling climate change and climate change factors, accepting the need for action with a slightly higher amplitude to reduce the greenhouse gas effect in the field of energy production and of its use.
According to the data available on the Eurostat website, the energy production from the transformation and burning of fossil fuels causes the largest share of greenhouse gas emissions. For this reason, the implementation of an energy strategy for capitalizing on the potential of renewable energy sources is part of the medium and long term energy development of the European Union in order to provide an appropriate framework for adopting decisions on renewable energy alternatives and, at the same time, to the adoption of policies to promote energy efficiency in all human activities.
For all the above mentioned reasons, the EU legislation on the promotion of renewable sources has significantly evolved in recent years, the post-2030 policy framework being currently debated. By stimulating renewable energy production, the EU Member States reduce their dependence on fossil fuels imported in large part, making energy production more sustainable. The development of the renewable energy industry also leads to technological innovation and to the emergence of new jobs for the technical workforce in a market with over 450 million consumers, the world’s second largest energy market.
The provisional agreement of the Bulgarian Presidency of the European Union on the revision of the Renewable Energy Directive was approved on 27 June 2018. The agreement sets a primary objective of 32% renewable energy at the European Union level for 2030. A review clause for this objective was also set in case of changes due to energy demand increasing, considering also the international obligations of the Union. The proposal of the Directive will be submitted for approval to the European Parliament, followed by the vote in plenary expected in October this year, then to be re-transmitted to the Council for final adoption.
In order for the potential of renewable energy to be exploited, all policies must support and stimulate the competitiveness of such technologies while respecting the competition rules. The European Union has the right means of support, while being a leader in renewable energy technologies. By acting united, Member States have the capacity to protect and to promote their interests and objectives in the new energy framework.
Another element designed to facilitate the achievement of the energy and climate change long-term targets is represented by the investments in the development of more energy-efficient technologies and, subsequently, their widespread use in many sectors. Research and innovation therefore play and will play a key role in transforming the European Union into a low-carbon society by delivering more competitive and cost-effective technologies from the point of view of initial and operating costs. In addition to contributing to tackle climate change, the measures designed to increase the use of renewable energy sources and energy efficiency will contribute to improving energy security and reducing dependence on fossil fuel imports. In this respect, the energy storage technologies will play an important role in the development of renewable energy production, and their current limitation (the intermittent power supply) is about to be overcome. Thus, all the research and the projects that aim to compensate for this shortcoming are promising and do not necessarily involves new or expensive technologies (storage in gravity devices, using compressed air, etc.).
In order to guarantee the fulfillment of its obligations under the Kyoto Protocol and the Paris Agreement, the European Union has set various objectives related to the climate change mitigation that address specific targets for the renewable energy production, significant reduction of greenhouse gas emissions, as well as the increasing of the energy efficiency level. Romania is a partner to this approach and has made efforts to bring its national policies together to meet the proposed targets and objectives.
In this context, our country is obliged to rethink its way of producing energy. With a favored mix of available resources, it will have to replace fossil fuels, especially coal, with more environmentally friendly solutions. With a significant technical potential for the use of renewable energy resources to a lesser extent (except for the hydro resources used in large hydropower plants), Romania will have to move quickly towards sustainable solutions.

An active energy efficiency policy does not mean either sacrificing comfort or reducing competitiveness. In fact, an active policy in this area produces the opposite effect: making cost-effective investments to reduce energy waste, resulting in increased living standards and money saving, the use of price signals, which leads to a more responsible, more economic and more rational use of energy.
This policy will also create many good quality jobs in Europe and will maintain Europe’s leadership in technology in a world-class sector of particular importance, which is in the process of being developed.
Energy and climate change raises many issues that can best be tackled through close inter-state cooperation, and this is a priority on the agenda of the European Union. At the same time, it is important to bear in mind that, in general, any economic development can cause negative externalities to the environment and, implicitly, to people.